Mycosynthetix owns a unique collection of fungi that are the source of a rich variety of fungal metabolites for lead discovery for medicine and agriculture. 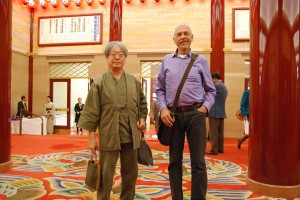 Prof Toru Okuda, President of the Mycological Society of Japan, and Dr. Pearce at the Kabukiza Theatre in the Ginza

Mycosynthetix CEO Dr 플랜 맨 ost 다운로드. Cedric Pearce has given presentations on natural products in Japan and Canada recently. In Japan he spoke at the Mycological Society of Japan Meeting at the Tokyo University of Agriculture and the Microbial Workshop at Tamagawa University Free StarCraft 1.18. In Canada he presented at the Weed Science Society of America/Canadian Weed Science Society Joint Annual Conference in Vancouver.

The Development of the Fungus-derived Herbicide, Mevalocidin presented at the Weed Science Society of America/Canadian Weed Science Society Joint Annual Conference in Vancouver, Canada mp3. February, 2014.
Abstract: The interest in organic farming and organic produce has seen exponential growth over the past decade. There are few options available for weed control compatible with these products other than manual labor, and new products are needed 다이노소어 아일랜드 다운로드. Scientists at Mycosynthetix, Inc., in collaboration with colleagues from Dow AgroSciences co-discovered (Gerwick et al, 2013) and subsequently licensed mevalocidin, a novel natural herbicide produced by two of the fungi in the Mycosynthetix fungus library 배틀로얄 트레이너 다운로드. Mevalocidin is a broad spectrum systemic herbicide that is currently under development for use in organic farming. Two mevalocidin-producing fungi, initially identified as Fusarium (MSX 92917) and Rosellinia (MSX 56446) were studied to optimize the production of the herbicidal activity, and a variety of traditional and non-traditional media were evaluated 모바일 닌텐도 게임 다운로드. A UPLCHRMS method was developed for quantitative analysis of mevalocidin, and this has been used in conjunction with simple plant growth bioassays to measure productivity Tomcat 8.0. The goal of initial experiments was to increase the yield at least 250-fold over that initially observed, and this has been successfully accomplished with yields up to 1000-fold observed in some experiments 스타벅스 매장음악 다운로드. We aim to have material ready for field evaluation of mevalocidin in the spring of 2014.